OUT NOW: Beasts of Olympus series 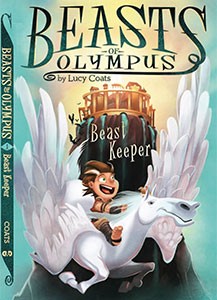 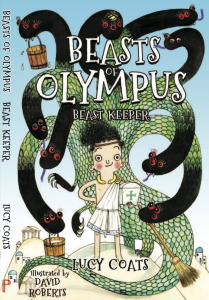 ‘In this rippingly funny first book in the Beasts of Olympus series, readers get an alternate perspective on classic Greek myths as Demon tends to the Cretan Bull, Hydra, and other creatures that have suffered at the hands of gods and heroes—especially Heracles (“Nice people did NOT go around pulling skins off poor innocent lions”). Bean’s dynamic cartoons amp up the comedy and drama, while a glossary and pronunciation guide round out a story that, underneath its fun, offers food for thought on everything from absentee parenting to the mistreatment of animals (even immortal ones).’

Review from The School Librarian Magazine

‘Coats’s wonderful storytelling ability is evident from the beginning…the young reader is treated to a list of phrases that cry to be read aloud…then rich poetic description. This is the first in a series of Greek Myths that children will clamour to read.’

Review from Amanda Craig in The New Statesman

‘The rumbustious tone is perfect for reading aloud [and] David Roberts’s illustrations are vigorously zany… Fun for myth-mad kids of seven-plus.’

Set in a magical Ancient Greece where strange things still walk the earth, Demon (real name Pandemonius) is the son of Pan, god of wild things, and Carys, a mortal herbwoman and healer.  He has always had an affinity with animals, but on his birthday, his mysterious goat-legged dad turns up and summons him to Olympus.  Zeus needs a stableboy to look after all the mythical creatures of the Gods, and Pan thinks that his son will be just perfect for the job. There’s also an added bonus—Demon will be given temporary immortality for as long as he holds the post.  But Demon has only ever looked after mortal beasts—so he must endure a trial period learning to cope with the cute flying horses, sarcastic Griffin and deadly Giant Scorpion, as well as Doris, the many-headed Hydra and the poor skinless Nemean Lion. First he must find out how to tame  and control them, then he must learn how to care for them, and finally he must learn how to heal them when they are hurt by all the fierce warrior-heroes down on Earth – like Horrible Heracles.

Demon also has more mundane tasks—like mucking out the Cattle of the Sun and milking the unicorns.  The Gods have many favourite pets—Demon will come across them all in his time at the Stables—and he will also find out that the Gods and Goddesses of Olympus don’t take no for an answer when they want something done, even if it seems impossible. But Demon is a resourceful boy, and he is determined to survive the perils and challenges his new job brings. 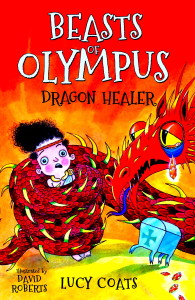 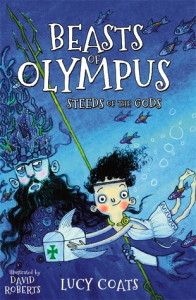 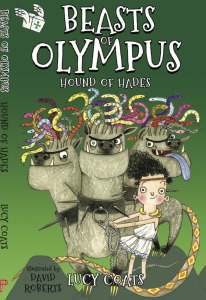 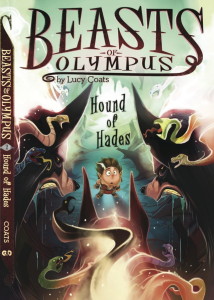 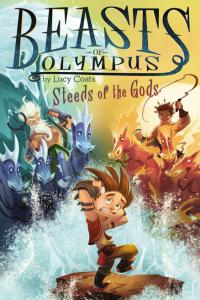 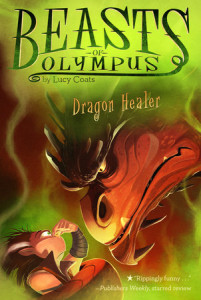