I grew up in a little Hampshire village on top of a hill. Most of my childhood was spent outdoors, so I got very good at knowing the names of trees and flowers, and at spotting animals and birds in hidden places. Both my mum and dad are Scots, so every August we’d make the long trek northwards to smell some heather and visit the family. I took in a lot of Scottish folklore at the same time, which proved handy when I was writing Celtic myths.

I was (and still am) a complete bookworm, so if I was sitting up a tree (trying to get out of chores, usually), you could guarantee that there was a book with me in the branches. Usually, those books came from my local library, as my poor parents couldn’t possibly have bought me all the books I got through. That’s why I’m such a great supporter of libraries and librarians – they are really essential, and it makes me very cross when they get closed. Reading took me to whole new worlds where anything and everything was possible, so I guess it was only natural that I should start writing myself—poetry at first, but then stories. I never showed them to anyone, and when I had to read one of my first poems at school, I had a last minute panic and got someone else to do it for me. Luckily I have got much braver since!

I had a bit of a fight to get to University (nobody in our family had ever been), but eventually I arrived in Edinburgh, where I read yet more books and argued about them with other people, joined the Army for a bit, learned to drive, had a load of student fun—and got a degree in English and Ancient History (no surprises there, then). Oh, and I also met my lovely future husband, Richard, though I didn’t work that one out until about two years after I’d left Uni. 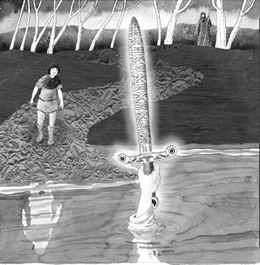 My first proper job was as an editor in children’s book publishing, so I know what the world of books is like from both an editor’s and a writer’s perspective. While I was doing that I won a poetry competition, and then I submitted a poem for an anthology which was being commissioned by my boss. I used a pseudonym, and keeping my mouth shut while all the other editors were discussing whether it was any good or not is nearly the hardest thing I’ve ever done. A Woobit Song got chosen on merit, and was the first thing I ever had published, in an anthology called Island of the Children.

Unfortunately (or fortunately as it turned out for my writing career), I became very sick with something called myalgic encephalomyelitis when I returned from working as an editor in America, and I had to give up my publishing job. That was when I really turned to writing as a way of keeping my brain occupied. My first book, One Hungry Baby, was published in 1992, and I’ve been writing for children ever since, with a grand total of 36 books published so far (and growing all the time. I have been married to Richard-from-Uni since 1989.We now have two grown-up kids—a boy and a girl—and also three dogs—a black labrador, a cocker and a weird and obstinate wire-haired dachshund which lies upside down a lot, and looks a bit like one of the Ewoks in Star Wars. We all live in Northamptonshire, surrounded by sheep, horses, noisy birds and a view of my stone circle that inspires me every single day.