The Joy of Creative Napping 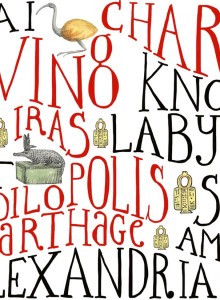 I posted this on another blog some years ago. Someone asked me about it just now, and it has been something that other writers have found very useful when I’ve told them with it, so I thought I’d share it again here.

“Going to bed for an occasional nap in the middle of the afternoon is something I have done for years—ever since I had M.E.. I refuse to feel guilty about this, even in the face of disapproving looks and mutterings about laziness and the cushiness of being an author who works at home. It’s simply the way I keep going when I need to recharge my very-prone-to-going-flat physical batteries. I have also discovered that I can use afternoon napping to my creative advantage. Although I usually know where I’m going with each book—in a very broadly brushed sense of the word ‘know’—I quite often come to a point (and it’s always in that dead, middle part of the afternoon) where I can’t see further ahead than the next full stop. I have learnt that staring at the screen intently does no good at all when I am in this stuck frame of mind. Nor does grinding of the teeth, nor shouting at the characters to ‘just come on and tell me what you’re doing next’. They simply carry on being obstinate, obdurate, silent—at least they do in the awake world. In the dreaming world they are active, alive and vocal. It is usually at this point that I sigh, surrender gracefully and enact a small ritual—if housework, food shopping, general life management and the myriad siren calls of the outside world allow me to.

I switch off the computer (and the phone and the mobile). I make myself a hot water bottle (if the central heating is broken as usual and my bedroom is cold). I undress and dress again in my snuggly ‘inspiration’ pyjamas and Jedi robe. I get into bed, lying slightly propped up on my back (not my nighttime sleeping position), and close my eyes. It’s just me and the characters and the plot now – and I’ve found it really helpful for writing CLEO (published 7th May!) and its sequel, CHOSEN. Nothing else is allowed to intrude. ‘So what is going on?’ I ask in a relaxed sort of way inside my head. ‘Where do we need to go next?’ I fix the problem in my mind—really think about its shape and form, and about why exactly it is that it has appeared. I allow myself to drift into it, quite casually (and yes, I do use meditation techniques of mindfulness here to block out the irrelevant mindchatter). Sleep comes—but it is a conscious sort of sleep—a focussed sleep. I usually wake twenty minutes to an hour later, sometimes less, sometimes more. The important thing is that when I do wake up, I usually know where I am going next with the book—the mechanics of my particular mind have allowed my characters to wander around in my unconcious and sort things out for themselves—and they are kind enough to let me know this so that I can carry on mapping their lives. Pretty much literally in my case, because I always go back to my office and make a mindmap while my mind is still in that fuzzy creative state. I just let everything flow onto the large piece of A3 paper I always have pinned up, and THEN I immediately go to the computer and do a detailed chapter/plot plan for the next bit of the book. It’s amazing what comes out – stuff that I hadn’t even realised I knew about the book and the characters, and generally it makes some kind of sense.

So for me, napping is working (daydreaming is working too, in my opinion—but that’s a whole other story). I do, however, find it terribly difficult to get this message across to other people—and I wonder why my acts of dreaming make everyone outside my immediate family so cross and snarly when I mention them? I am simply using the writing tools that work best for me. The tools that get creative results and help me to write books that I can sell—for money. Is that so hard to understand?