Writing tips 1: How to Work with Myths and Legends 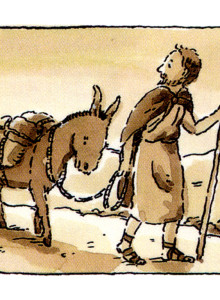 Since I am this mad mythology-obsessed writer, I thought I’d kick off my series of occasional writing tips and tricks with brief ‘useful guide’ for those of you who might be interested in this area of fiction too, but weren’t quite sure how or where to begin. So, first I’ll ask the obvious question!

What use are myths and legends to a fiction writer? Why should I use them as a starting point for my stories?

Myths and legends—and fairytales and folklore too—are a fantastic resource for the writer, a huge treasure chest of goodies to spark the creative imagination.  Just look at what’s out there for you to plunder!  There’s the Greeks (all those fallible and rather human gods and goddesses, as well as a whole clutch of butch heroes and scary monsters); there’s the Celts (more muscle-bound heroes, plus the original elves or fairies in their many manifestations):  there’s the Norse lot (warrior gods and ice giants and brave maidens with breastplates); there’s the Eastern Europeans (witches, vampires, werewolves); there’s the Far East (here be wise and intelligent dragons); there’s the Aboriginal Australians (bunyips, songlines, animal Ancestors); there’s the Americas North and South (thunderbirds, tricksters, hidden cities of gold) – and then there’s my newest discovery, the Egyptians (shape-shifting animal gods and goddesses, a scary underworld, the magic of sun and moon).

Are you excited yet?  Because I am, just writing down a fraction of what’s out there for you. Go forth and raid your local library at once! Devour the mythology section bit by bit, and read it all. If you don’t get some kind of idea for your book after that, I’ll be willing to consider eating my hat. With ketchup and possibly a side-order of Worcestershire Sauce.

What if I want to do retellings? How much should I remain faithful to existing texts?

I’m not going to lie.  Retellings can be tricky, especially if you’re going to be doing them for children. I should know—I’ve done over 150 of them, both Greek and Celtic, as well as retellings of Oscar Wilde and other more modern writers. It’s important a) to know your original source material and b) to know what to skate over/ignore/discard.  As you can imagine, the Greek myths have lots of incest, murder, rape and all that.  People always ask me how I ‘get round it’.  My answer is that since kids don’t know it was there in the first place, they won’t know it’s missing—and if they get hooked on myths through my stories, they can always go and look at the originals for themselves later on.  The most important thing is to make the story exciting and accessible in language terms. I’ve never had a kid ask a tricky question about why Zeus has children with his sisters, by the way, nor about his dodgy habit of turning into animals or birds to seduce young and pretty maidens.

How much research should I do?

I have a whole bookshelf devoted to myths and legends—both the original tales themselves, and research relating to them, which I refer to all the time. Even though most of them are in my head already, there are always details I need to check up on.  And if there’s a relevant book that I need and I haven’t got, or that is out of print, I hunt it down, either in my local library or via secondhand bookshops on the internet (Abe Books www.abebooks.co.uk is always a good place to start).  Research is never wasted—but my Top Tip is to be sure and keep notes on page numbers of where you find useful stuff.  It can be maddening and time-consuming to comb your books for that vital fact you remember seeing somewhere and need right now! I’ve made that mistake FAR too often!

How do I tackle the job of incorporating existing myths into my work of original fiction? How much creative licence am I allowed?

I have huge fun with the retellings, but they can seem a little constricting.  I found writing my own first novel incredibly liberating in that respect, because I wasn’t hemmed in by having to stick to a script, and it was the same with my forthcoming Beasts of Olympus series, in which I take characters and creatures from Greek myth and weave them into my own story, taking a few liberties along the way, but trying to remain true to the essentials of the originals.

So, in your case, let’s say something mythological takes your fancy.  You want to write a novel about, for example, a modern-day American boy who finds out he’s the son of Poseidon…oh wait—Rick Riordan already did that with Percy Jackson!  There’s a long and honourable line of authors who have taken elements of myth and done whatever the heck they wanted with them.  There’s the greatest myth-plunderer of all, JRR Tolkien, there’s Neil Gaiman (American Gods etc), Joanne Harris (Runemarks), Kevin Crossley-Holland (The Arthur trilogy)—and then there’s me.

My first teen novel, Hootcat Hill, has elements of Celtic and Norse myth, plus a smidgin of Arthurian legend thrown into the mix.  I took a lot of liberties and I found it made me want to go ‘wheeeee!’ with a slightly naughty sense of excitement every time I did so.  This was my story, and who had the right to inform me it ‘didn’t happen that way because Ovid (or whoever) tells it differently’?  No one, that’s who!  I think as long as you have a passion for and know your original sources well, it’s ok to treat them with a little ‘loving disrespect’.  In my case, I made the Norse Völundr (Weland) into a modern blacksmith in red leathers, who rides a fast motorbike and has a bad line in jokes.

The two YA novels I’m working on at the moment stray into a slightly different territory – the one where actual history meets mythology. No one knows anything concrete about Cleopatra’s life before she entered the history books, but she’s a real person. That meant I could let my imagination go free, and, as she was later described as ‘the new Isis’, it seemed right to make Isis her patron goddess and a very real presence in Cleo’s life.

Myths are not just for dry, dusty old anthropology professors to muse over in their ivory towers—they’re living stories which we continually reinvent for the times we live in. And it’s up to us as writers and tellers of tales to make sure they never die or are forgotten.  So have fun exploring loads of different myths and thinking ‘What If’?  Because you never know what might happen!